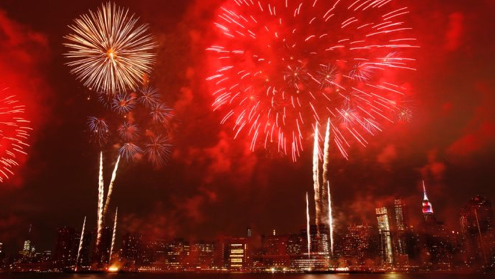 All Mobile Video is proud to have provided production facilities for the 40th Annual Macy’s Independence Day Fireworks. In addition to the live fireworks, AMV also provided production trucks and carrypacks systems capturing the pre-taped performances by Sara Bareilles, Pitbull, Meghan Trainor and 5 Seconds of Summer.

The main show was produced using AMV’s 60’ Titan mobile unit, seven Sony HDC2500 cameras and two EVS XT3 servers. Titan is the company’s largest and most powerful multi format production truck, wired for 24 HD recorders and 4 EVS chassis. Macy’s described this year’s production as the biggest fireworks display since the millennium show of 2000. According to Tom D’Angelo, AMV’s Director of Production Services, “We are proud to have participated in what is now our ninth Macy’s Fireworks production bringing this marquee tentpole broadcast to the nearly 12 million people who watch the fireworks and performances from home.”

All Mobile Video President Eric Duke said, “If you read about how AMV started, it’s really the classic American success story, so Independence Day means a lot to us. AMV is thrilled to bring the fireworks show to millions of Americans across the country – and across the world.”

Put some fireworks into YOUR next production. Contact Tom D’Angelo for more information.