“Initially, when we started all this traveling- well, we didn’t think we’d be traveling…”

You would never think it, but one of the most established television production facilities in New York comes from an incredibly humble beginning. All Mobile Video was founded thanks to the creative vision of Anton Duke. Originally a baker from Germany who immigrated to America during WWII, Anton and his wife Else opened up their own immensely successful bakery, J.D’s in Whitestone, NY. However Anton soon became convinced that his family’s future and fortune lay in the television industry. Thus in 1976, with only a handful of employees All Mobile Video opened its doors for business on West 55th street, consisting of nothing more than a small ¾” offline video editing system, one camera, one ¾” VTR, and a minivan.

The only area we haven’t tried yet is going up in spaceship, but then we haven’t put that beyond the realm of possibility either.

In the beginning AMV’s jobs involved taping all over the metropolitan area, other boroughs, and even a few out of state jobs, with limited equipment and personnel. However, as the company gained more prestige, hired more employees and began investing in more technology, “all mobile” took on a very literal meaning.

These inquiries led to All Mobile crews and equipment being sent out to location shoots all over including all over the United States, Puerto Rico, Canada, Mexico, Chile, Peru, Brazil, and even Kenya. All Mobile’s reputation continued to grow due to their experience shooting in a variety of locales and success with transporting multiple cases of delicate, expensive, and somewhat temperamental television equipment. Some of All Mobile’s more memorable jobs included shooting hand gilding with condors in the mountains of Peru, a gold mine in South America, and a rock concert in the deserts of Arizona.

Eric Duke points out, “The only area we haven’t tried yet is going up in spaceship, but then we haven’t put that beyond the realm of possibility either.” In 2011 AMV came closer to breaking that final frontier, when they covered the second to last shuttle launch at Kennedy Space Center.

What was once a modest rental services and post-production facility, All Mobile Video has now evolved into a full service solutions production company. 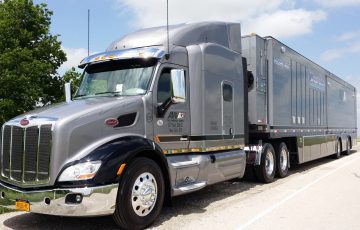 AMV’s Mobile Division houses a wide range of options offering the most advanced capabilities and equipment available. From single live shots to large-scale multi camera productions – AMV can custom spec any unit or carry-pack to meet your needs. 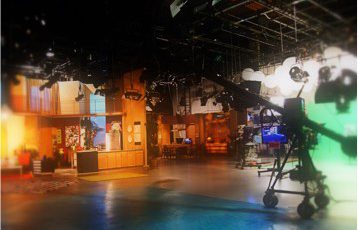 AMV’s Manhattan-based sound stages are conveniently located in Chelsea and Midtown West. Each stage is fully customizable to meet the needs of your production from beginning to end. 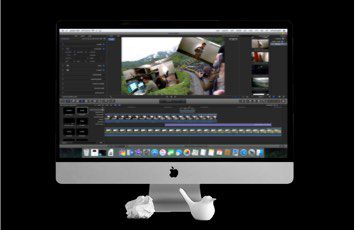 Chelsea Post is one of the most comprehensively equipped facilities in the country. Post production technology and work flow is constantly changing and we pride ourselves on being at the forefront of this evolution.